Ilan Shimshoni's main research interests are in the fields of computer vision and robotics and especially topics which lie on the border between the two fields, i.e., using computer vision to help robots perform their tasks.

One of the projects that Ilan is involved in is visual robot navigation. A camera is mounted on the robot. The robot is given an additional image and the algorithm guides the robot to the position and orientation from where the image was taken. This research direction has led him to deal with the more basic research problem of estimating epipolar geometry from an image pair.

Another research topic in which Ilan is involved is analyzing the effects of uncertainty inherent in measurements performed on images on values that can be computed from them. For example, an object's pose with respect with the camera. These uncertainties have to be accounted for also in higher level algorithms such as object recognition.

In recent years he has branched into the field of data analysis/data mining, dealing with problems such as clustering, non-parametric statistics and algorithms for approximate nearest neighbor search. The initial application of these methods was for computer vision problems but the techniques can be used in many other fields.

In recent years he has also been working in the field of 3D shape analysis. Most of the work that he performed in this area even though it is basic research in nature it had the field of archaeology in mind. He is now a member of the GRAVITATE EU Horizon 2020 research project which aims to develop algorithms for the cultural heritage field.

Since 2015 he is an associate editor of IEEE Transactions on Pattern Analysis and Machine Intelligence (PAMI).

Ilan Shimshoni, your 2006 paper in Computer Vision & Pattern Recognition is a classic!
It is among the top cited papers published that year.Learn more
Robust fragments-based tracking using the integral histogram
A Adam, E Rivlin, I Shimshoni - Computer vision and pattern …, 2006
Cited by 1345 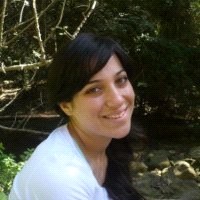